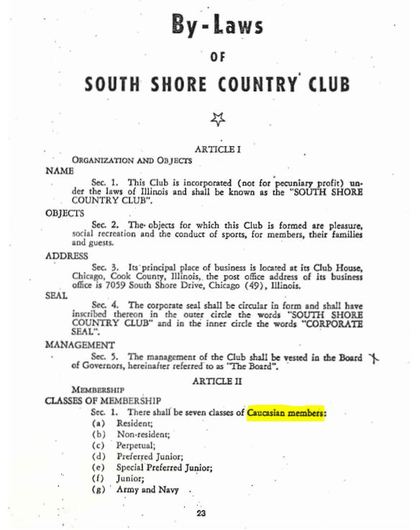 National Archives and Records Administration
In 1906, Lawrence Heyworth founded the South Shore Country Club, a 62-acre lakeside playground.  The Club building was later remodeled in 1915 to fit the Mediterranean revival style by Marshall and Fox, the same firm who built the clubhouse in 1906.  Throughout the years, Marshall and Fox went on to design other small buildings on the Club grounds. As the club began to thrive, it changed its policies from being a Protestant-only club.  However, the Club retained their rule not to allow blacks and Jews as members.  The large gate outside of the main clubhouse was not only for decoration, but it was a reminder of the Club's exclusive demeanor.

"In the early twentieth century the Center was an exclusive country club belonging to the likes of the
Armours and the Swifts.  Later it became a club mostly for moneyed Catholics who couldn't gain admittance to the Protestant-dominated clubs of the rich and famous."
- Chicago's Lake Shore Drive: Urban America's Most Beautiful Roadway by Bernard Judge and Neal Samors 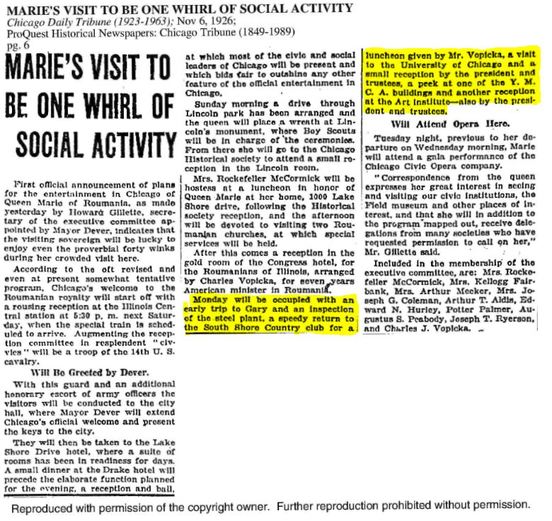